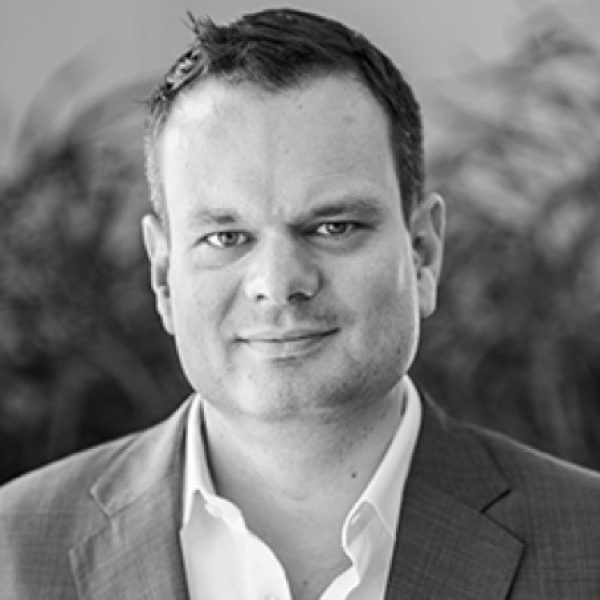 Joseph founded New Narrative Ltd. in 2013 after accumulating more than a decade of experience in the global media as business manager of Thomson Reuters’ Trading China, a multimedia platform of breaking news and commentary focused on the world’s second largest economy, and a correspondent for Reuters News. Joseph speaks and reads Mandarin Chinese. He holds an M.S. from Columbia University’s Graduate School of Journalism, an M.A. in Humanities and Social Thought from New York University, and is a graduate of the Johns Hopkins University – Nanjing University Center for Chinese and American Studies.

Jonathan co-founded New Narrative after over a decade in Asia in senior journalism roles spanning print to Internet broadcasting. Previously Asia editor for the video unit of Reuters News, he has also held positions with BNA (now Bloomberg BNA) and the South China Morning Post. Jonathan holds a degree in English Literature from Canada’s Dalhousie University. 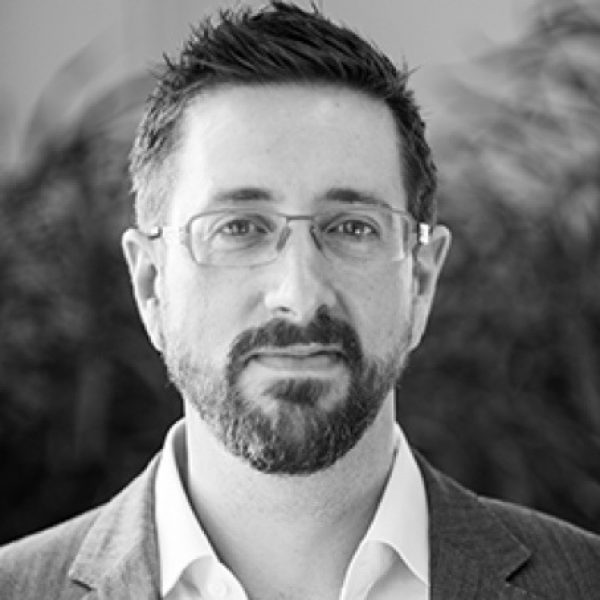 David joined New Narrative as a partner in 2015 after ten years at The Economist Group, where he was Managing Editor in Asia for The Economist Intelligence Unit’s Thought Leadership division and global lead for financial services research. Previously, David was Associate Director of The Economist Corporate Network in Tokyo, chairing conferences and appearing regularly in the media to comment on breaking news events. David holds Masters degrees in Global Finance from NYU Stern/HKUST, in Japanese Studies from SOAS (University of London), and in Modern History from Oxford University. 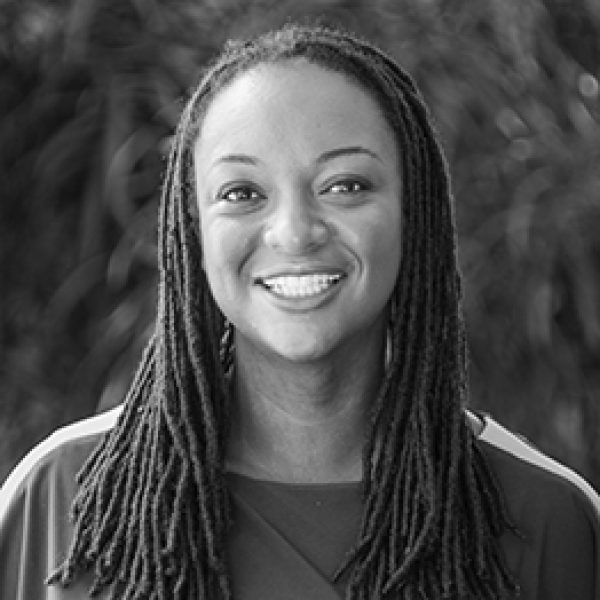 Lorraine joined New Narrative as a partner in 2017 from Euromoney Institutional Investor, where she was the managing editor for the banking and capital markets group in Asia. During her 15-year journalism career, she covered financial and professional markets in Europe and Asia. In 2019, she became a board member of the Asia Content Marketing Association.

Lorraine holds a degree in German from King’s College London and a postgraduate diploma in newspaper journalism from City University London.

Katrina joined New Narrative in 2017 after serving as a business development manager for the Economist Group, where she led integrated sales initiatives in custom research, events, thought leadership and advertising for a client base of large multinationals. Prior to this she managed and produced investment forums and other events in Asia for Euromoney Institutional Investor, and also served as the Global Head of Business Development for leadership development organisation AIESEC. Katrina holds a BS in International Business, and a Minor in Economics (Honours) from the University of San Francisco. 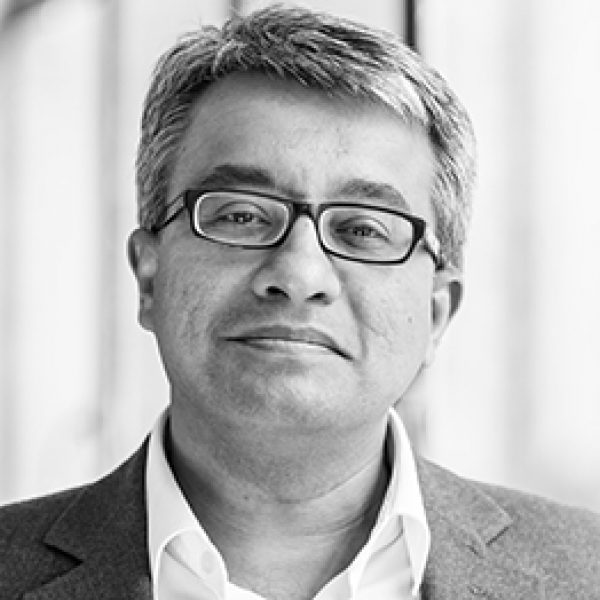 Arjun joined New Narrative as Managing Editor after several years at print and digital newsrooms in the US, India and Asia. Previously bureau chief at S&P Global Market Intelligence in Hong Kong, he has held senior positions at IBT Media, Thomson Reuters and the Washington Business Journal.

Arjun holds Master’s degrees in Journalism from Michigan State University and Columbia University, and a Master’s in Management Studies from Mumbai University. 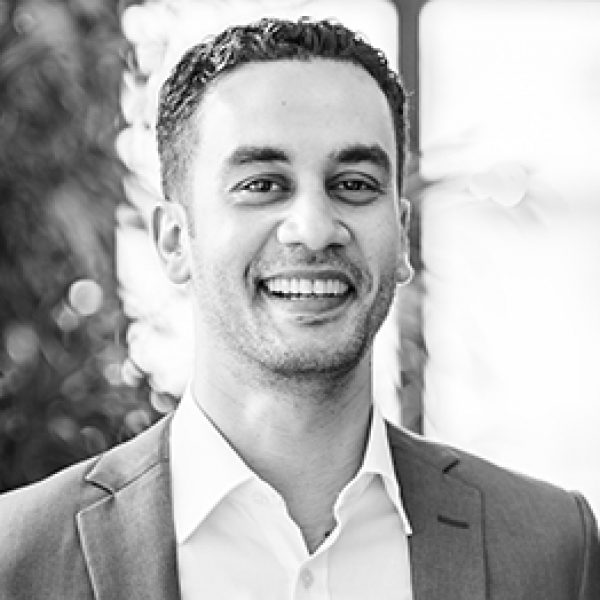 Mohamed joined New Narrative in 2017 from Thomson Reuters, where he acquired nearly a decade of experience across a range of business intelligence and operational roles in the Middle East and China. Mohamed helped build exclusive multimedia hubs, including Trading Middle East and Trading China, that connected top portfolio managers and traders to a range of market-moving news and thought leadership. A native Arabic and English speaker, Mohamed is a merit-based tuition grant recipient from Washington College and holds a Bachelors in Financial Management from the Arab Academy of Science & Technology. 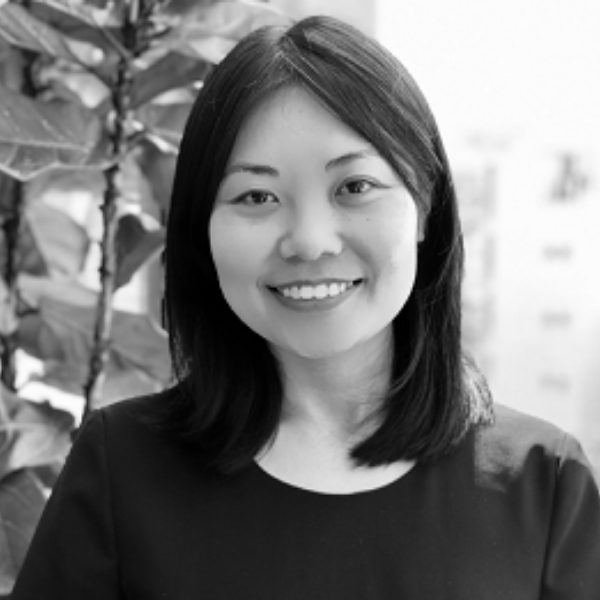 Mabel joined New Narrative in 2021 after more than a decade in marketing, communications and sales roles in the enterprise technology, healthcare and recruitment industries. Prior to New Narrative, she worked with North America-based B2B tech companies as a content strategist and writer.

Mabel holds an MS in Public Relations and Corporate Communication from New York University and a BA in Japanese Studies from the National University of Singapore. She is bilingual in English and Mandarin. 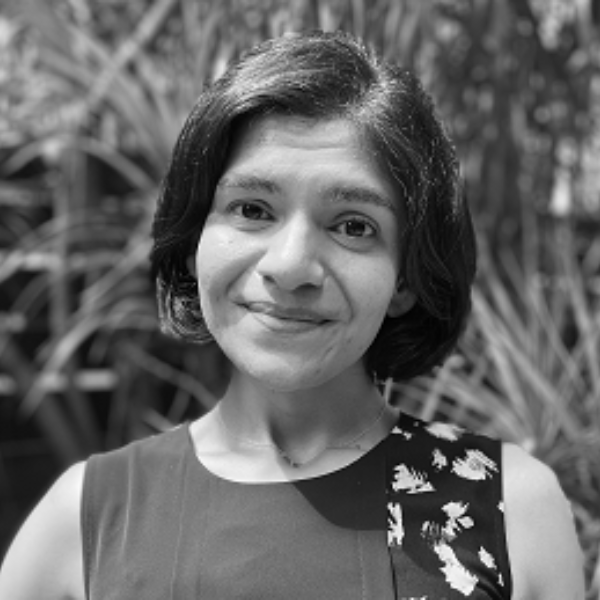 Suzannah joined New Narrative in 2021 following a 14-year career as a financial journalist and communications professional. Most recently, Suzannah was an editor at Nikkei NewsRise Asia in Hong Kong, where she oversaw markets coverage across the region. She previously covered US regulations and equities at Thomson Reuters and Indian currency and debt markets for NewsRise. She has also served as a communications specialist at Microsoft’s Accelerator for startups in India. Suzannah holds a degree in commerce and accounting from Bangalore University. 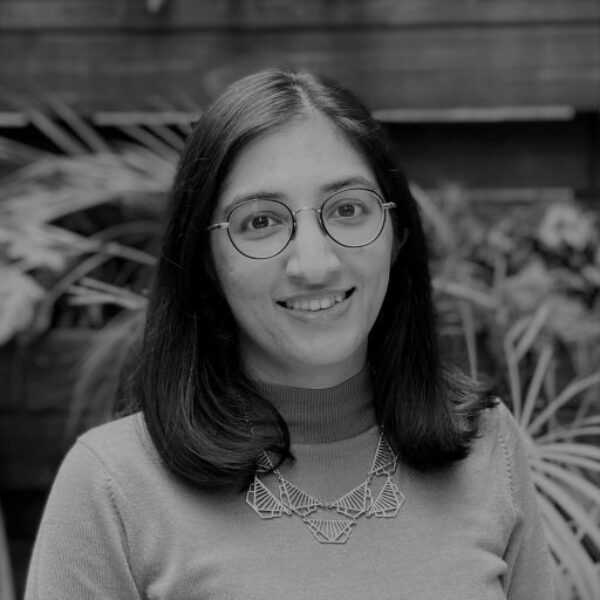 Heenu holds a Master’s degree in Financial Analysis from HKUST and a BSc in Economics with Philosophy from the University of Warwick. 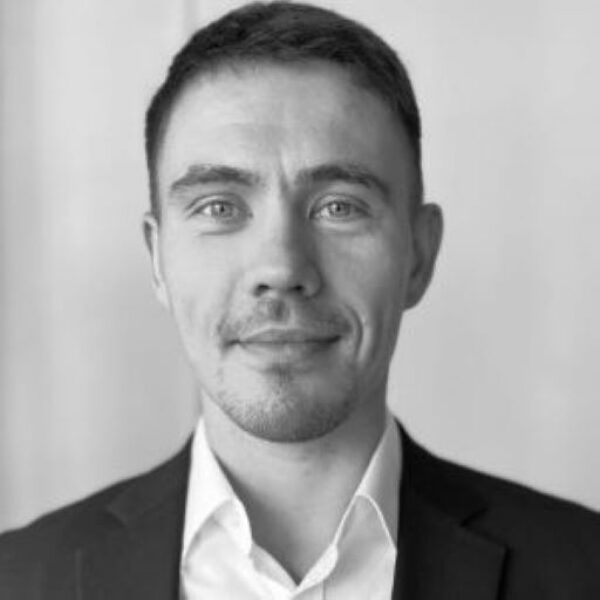 Eldar joined New Narrative in 2022 as Senior Business Development Manager from Euromoney Institutional Investor, where he led their APAC and MENA sales efforts in Infrastructure News & Data, building a revenue base within the Lenders, Legal and Financial Advisors client portfolio. 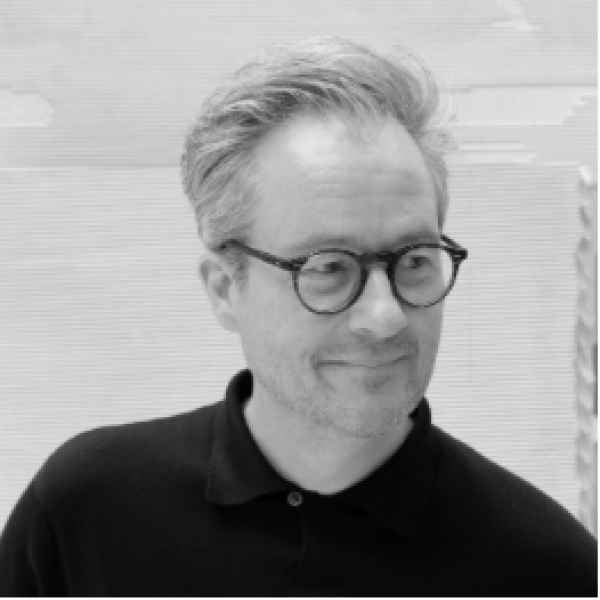 Glenn played an instrumental role in setting up New Narrative’s North American business in 2017 and continues to consult and advise on operations in the region. Previously he was editor and publishing director for the Hearst newspaper syndicate where he oversaw array of editorial productions and global media partnerships.

Glenn is a graduate of the Hearst Management Institute, conducted by the Northwestern University Kellogg School of Management and Medill School of Journalism. Glenn was a Fulbright Scholar at Tsinghua University in Beijing, and a Katheryn Davis Fellow for Peace at Middlebury College.

Robert is a South African journalist, consultant and author who has spent a decade working in Asia. His journalism has appeared on the BBC, Radio Australia, Voice of America, Deutsche Welle and the German press agency dpa, and he has consulted for numerous corporate and non-profit clients including the World Bank, the International Finance Corporation, USAID and UNICEF. His non-fiction book, When Clouds Fell from the Sky: A Disappearance, A Daughter’s Search and Cambodia’s First War Criminal, was published in 2015. 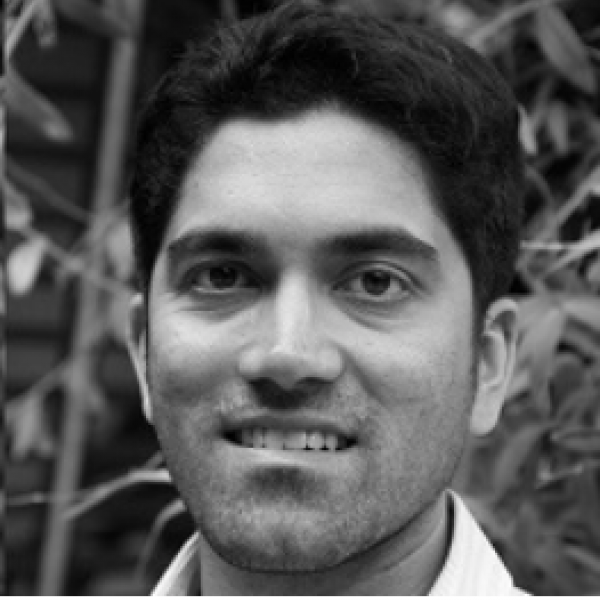 Sudhir is a Singaporean writer with fifteen years of experience analysing Asia. He is the author of Floating on a Malayan Breeze: Travels in Malaysia and Singapore and co-author of Hard Choices: Challenging the Singapore Consensus. His work has appeared in The Economist, The Straits Times and The Jakarta Post. From 2006-2013 Sudhir worked as an analyst and senior editor at The Economist Intelligence Unit. Sudhir has undergraduate degrees from UC Berkeley and a Master’s from the Harvard Kennedy School. 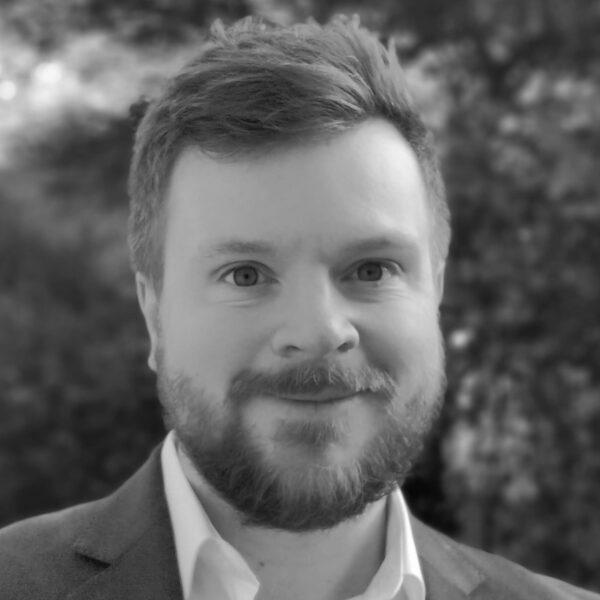 James has 20 years of experience in business-focused publishing and insight, mostly in London. Before joining N/N in 2019, James was managing editor at Hong Kong-based consultancy A2 Global Risk, Head of Political Risk at IHS Markit, and Market Insight Editor at De La Rue Plc. His commentaries on current affairs have been cited in media such as CNN, CNBC and the Financial Times.

James holds Masters degrees in Philosophy & English Literature from the University of Glasgow and in South Asia Area Studies from SOAS (University of London). He has contributed to several non-fiction books. 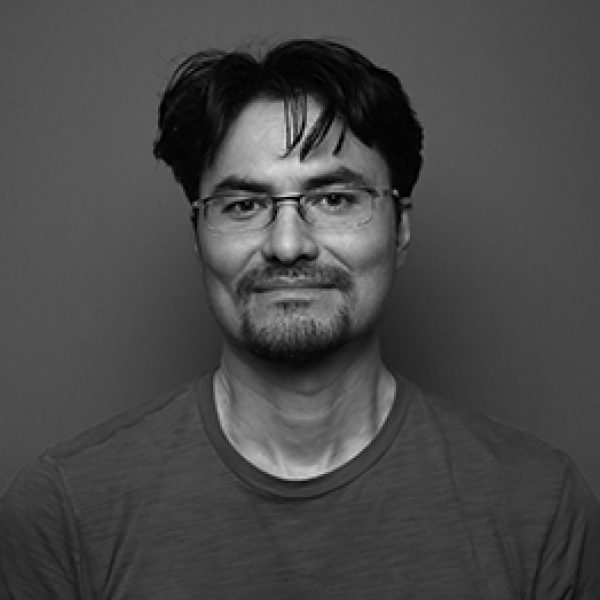 With almost two decades of experience, Nick began his career in news graphics with Agence France-Presse before moving to the South China Morning Post in 2001. There, he laid the foundations for more prominent infographics that were driven by big news stories such as the 911 attacks and Indian Ocean tsunami. Nick was headhunted by The Wall Street Journal Asia in 2006 to work as a graphics editor, he took on a variety of senior roles that included project leads and mentoring. In 2014, Nick started his own independent design business, expanding his portfolio to include designs for content marketing and whitepapers.

Want to join our team?

Thank you for subscribing